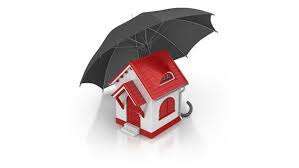 Three weeks ago, we received in our offices a copy of the draft implementing Decree of 20th of June 2011, which regulates building and scattered rural settlements on non-developable (non-urbanizable) land in Andalusia.

This draft is supposed to be created as an attempt to regulate the situation of a large number of properties located on non-developable (non-urbanizable) land in Andalusia, where criminal or administrative proceedings cannot be filed against them for land development liability, because the offense or infringement is extinguished by prescription. The Andalusian Regional Government is partially responsible for this situation, as they have not protected or controlled the legality regarding land developments of municipalities for many years. Meanwhile, they have collected the profits from the transfers of title ownership by means of the transfer tax.

Regarding the draft of the Decree, the concept of constructions assimilated out of ordination is not understood. The use and enjoyment of these constructions can be exercised, but a complex administrative procedure is established, so that the city councils certify the security and necessary facilities for the use and enjoyment of these properties. However, the resolution to this procedure shall never mean the grant of the First Occupancy License, neither the owner’s rights shall be recognized to be exercised before any administrative or criminal proceedings (article 7, section 6 of the Decree).

If the use of housing is recognized and regulated to preserve the rural area, the environment and the scenic value where the construction is located, then, why the First Occupancy License is not granted when the owner is enjoying the property? What does “non-recognition” mean before any court proceedings? As a result, it could be understood that in the event of court proceedings, this recognition of assimilated housing shall not have any legal “value” for these proceedings, that is to say, legalization or regulation does not exist.

Maybe, the problem is based in the creation of the concept “assimilated to out of ordination”, which was incorporated by the Decree on Urban Discipline of Andalusian of 2010 and its implementation.

Furthermore, an additional problem arises, as the Land Registry jurisdiction belongs to the Spanish Government. As a result, the State legislation should firstly include this legal concept of “assimilated out of ordination” within its rules in order to authorize the registration in the Land Registry of any administrative action which establishes a construction under the consideration of this concept. Nowadays, the only existing concept is “out of ordination”, but nothing is referred to constructions “assimilated” to these ones. Then, the Regional Government is not authorized to establish the access or registration in the Land Registry, as this jurisdiction belongs to the Spanish Government.

Lastly, in many Andalusian municipalities as the Axarquía region, thousands of isolated houses have been built on non-developable land under the corresponding construction permits. Then, it does not seem coherent that differences in treatment are not considered for these owners acting in good faith, regarding these municipal permits they were granted. This draft of the Decree does not include any reference to them; therefore, the legal situation of the constructions with permits equates with these other constructions without permits.

In conclusion, regarding the content of the draft, legalization or regulation of properties located on rural land is not incorporated; no legal novelty is provided to solve out the problem resulting from the lack of control of Public Administrations regarding the use of land; this law only complicates even further the current situation of this issue.